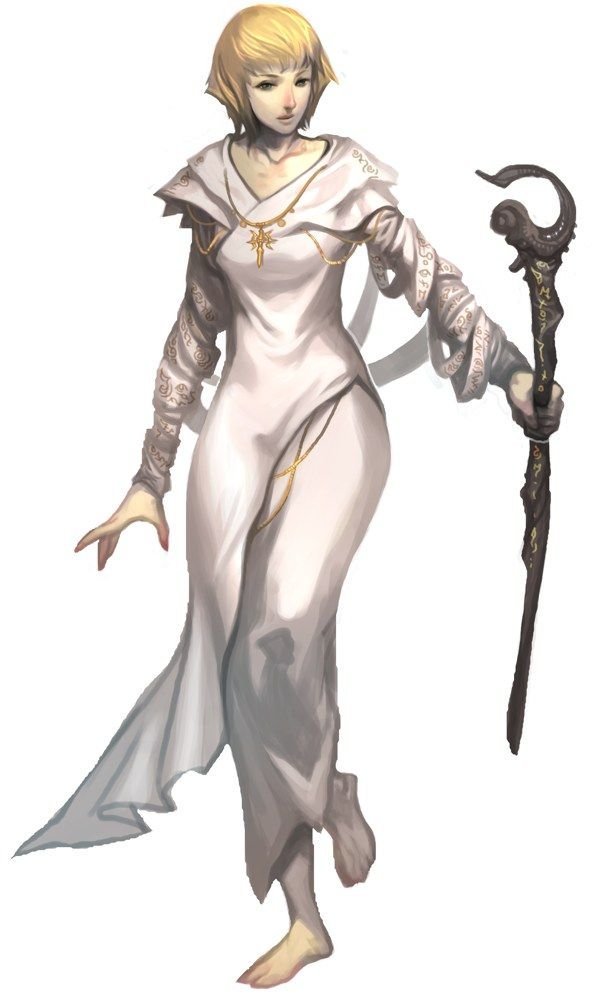 Clerics are beings that have been blessed by a god or goddess and are granted the ability to perform divine magic through prayer and meditation using crystals, stones, holy symbols and holy water. Clerics are the only class of healers that are primary healers and secondary casters as they heal using not only herbal treatments for minor injuries, but also have the ability to perform minor and major surgery. This is why they are considered the medieval version of a physician.

As the Cleric gains knowledge of their deity, they have the ability to heal a person completely through prayer and perform resurrections up to five times within a twenty-four hour period. For this reason, a Cleric is considered the most powerful of all the healer paths.

Clerics can call upon their god or goddess to inflict a wrath upon their enemies, predict Prophecies of Doom, and place Holy Curses. They also have the ability to Banish, create Wards and to create Articles of Protection for individuals that are in need.

Clerics possess the ability to read Signs and Omens. They can be interpreted as a warning of things to come or be seen as a message from their deity.

Clerics are also allowed an animal companion that represents their deity. They will know and understand the feeling or sense the aura that their companion would send.

In battle, a Cleric can use any weapon except for a 2h sword or a long bow, but once the cleric reaches the rank of 3, they may only use a weapon that symbolizes their diety or a pole arm as anyone is able pick up a stick and use it as a weapon. Clerics are allowed to wear SF meter armor class of 1 and magic resistance of 2.